Yes it's late.  Yes these were all finished in Zombtober proper.  Work has been insane lately, as I worked 2 48hr shifts with a day off in between that was spent mostly sleeping.  Did get a pretty decent commercial structure fire in a used appliance store though.  Here is a pic of my helmet that started the shift clean and ended it at 0330 in the morning looking like this - 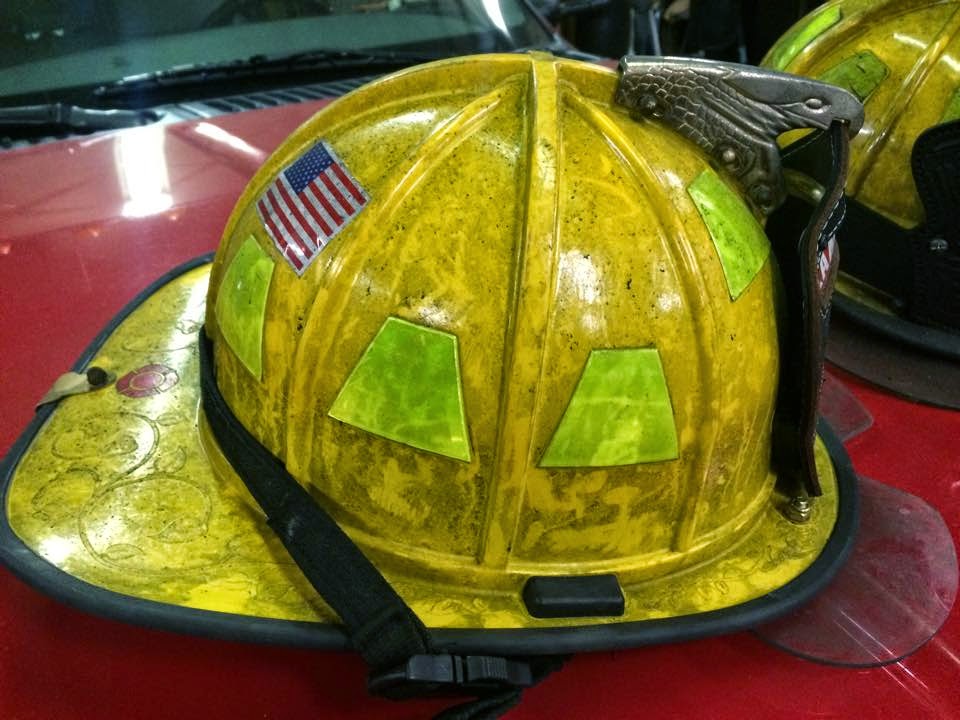 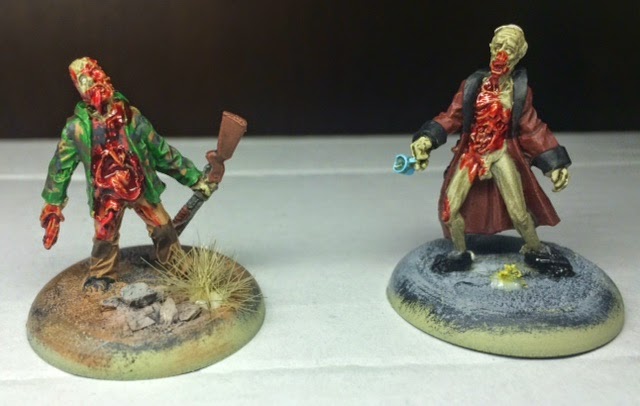 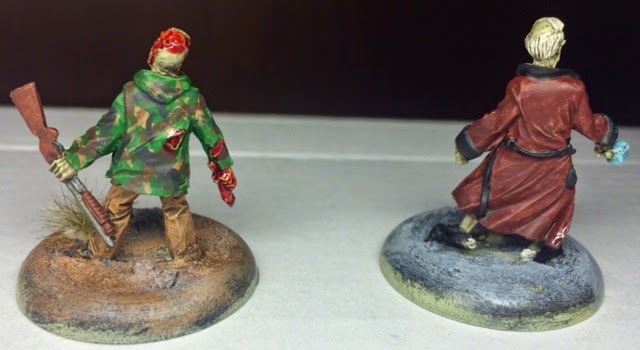 Also pretty pleased with how the camo coat turned out on my Zombie Hunter.  Both of these are from Studio Miniatures.

Next up, some survivors...lovely ones at that. Both from Reaper. 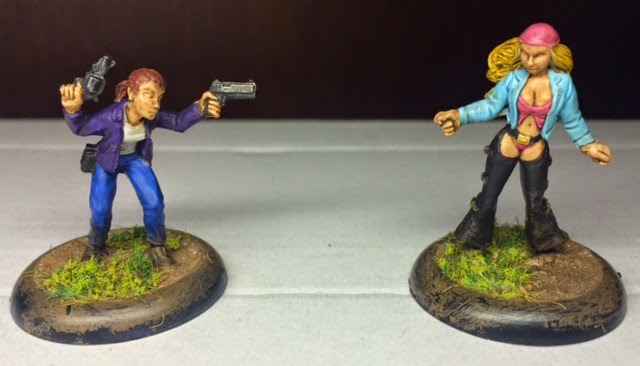 The gal on the right will be a Biker Babe for my planned Biker Gang's Leader. 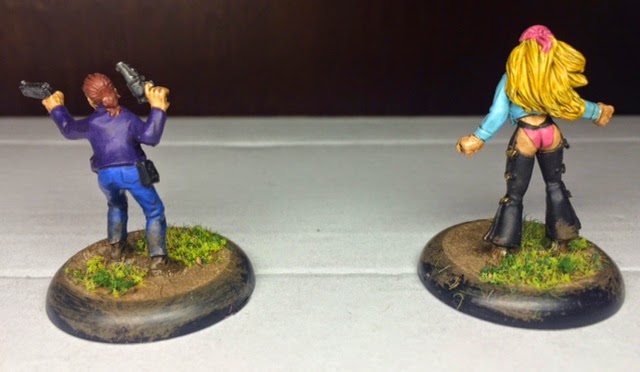 And here is Nurse Millie, from the Psychiatric hospital where it is believed the Outbreak started - 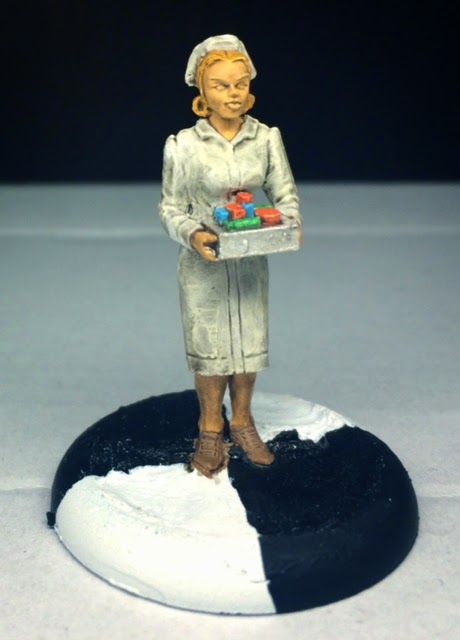 Dutifully carrying her tray of pill bottles full of experimental drugs for the criminally insane.........starting to pick up on the fluff???? 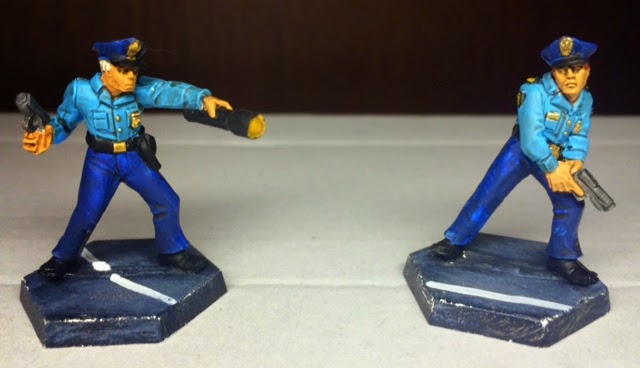 These two intrepid Hasslefree Police.  These guys are going to see service not only against the Zeds, but also in my planned American Civil War 2.0 campaign, as well as some other odds n sods.

Posted by Spiderweb of History at 9:20 PM