Here's a picture of 1st Platoon, Alpha Company, 1st Battalion of the Royal Australian Regiment at the Puckapunyal Training Grounds - 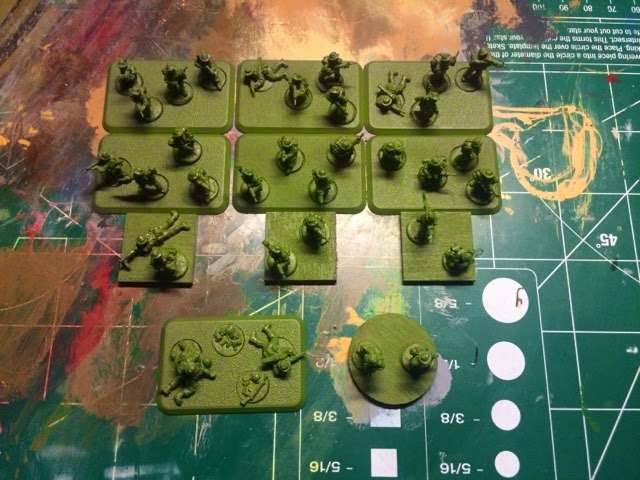 In other words, they're undercoated and ready for train...painting.
Word has it Charlie's doing some recruiting and training of his own. Further Intel will be forthcoming.
Posted by Spiderweb of History at 10:10 PM 3 comments:

Thanks to The Mad Tin Hatter, I have discovered "Full Thrust" a ruleset for gaming spaceship combat - 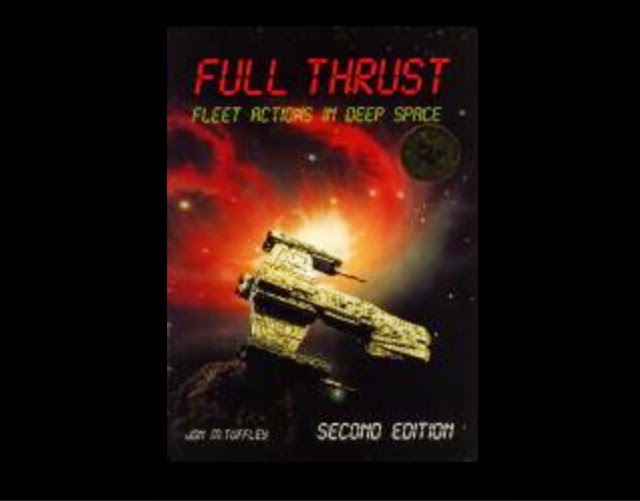 Now, I've toyed around for years with the idea for a campaign based off of a series of books by David Weber and Steve White which were the first ever sci-fi books I ever read, and are still my favorites. 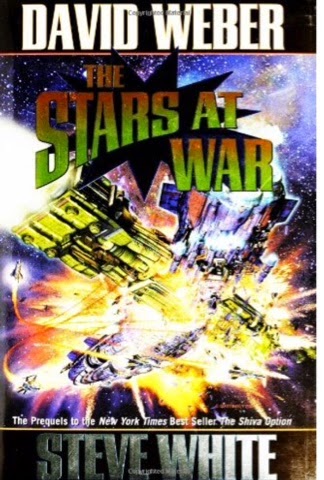 So, after reading The Mad Tin Hatters mini stories and AAR's, I downloaded the rules and went and ordered a selection of ships from Ground Zero Games to see if I can make those ideas/dreams a reality
To get a fledgling start to my plans I need a total of 6-9 ships. I'm working on a space/Galaxy map for a campaign. 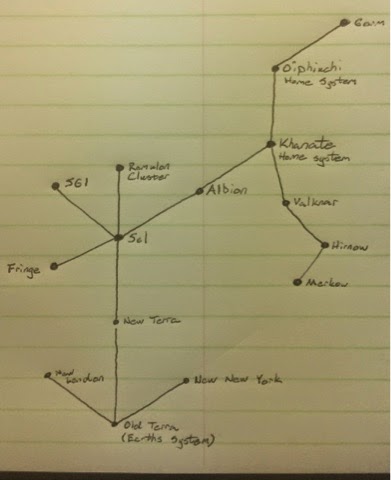 That is going to be "known" space when I start my campaign. Each dot = a system i.e. Old Terra is earth plus all the planets in our galaxy.
In the book series, each Galaxy has potential for "warp points" = the lines to other systems. Most have anywhere from 0-8 warp points. So from the known parts of space (the current map) I'll send out Survey fleets of between 2-4 ships. Once thru the warp point I'm going to have to come up with a system to figure out what is in the new system, plus, how many warp points lead out from that system (probably by rolling a D8 or D10
It'll get really interesting when I start running into opposition. In the books, The Terran Federation and their allies the Orion's aka Tabbies due to their felinoid looks, the Oiphiuchi's almost bird like creatures, and the Gorm an giant beetle like race end up fighting Rigalians who are like alien Reavers, Bugs or arachnids or space spiders, and Thebans who are these almost human like creatures but shorter with three fingers and a broad carapace on their head.
Bugs have zero feelings and will gladly sacrifice any and all to destroy the enemy, and they eat the native species of any planet they capture. Rigalians are just  flipping nutter aliens, homicidal suicidal.
The Orion's and Oiphiuchi are very good at fighter combat, so their fleets are carrier heavy. Gorm are very large and heavy due to their low gravity planet so they don't do fighters well but their capital ships are top of the line. The Terran Federation is kind of jack of all trades.
It's all in the planning stages as I'm still waiting on my ships to arrive, but I must say, I'm rather excited.
For those hardcore rules and stats fanatics, you may not want to follow this campaign too closely. I'm going to be playing fast and loose with the ship profiles and fleet makeups. Mashing different ships from "official full thrust" fleets to make my fleets.
Watch this space!
Posted by Spiderweb of History at 8:25 PM 2 comments:

In Honor of the ANZAC's 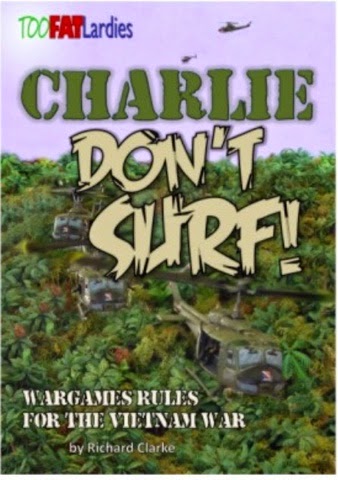 I've started work cleaning up several platoons of ANZAC's and have ordered a couple M113's and 105mm Howitzers as the beginning of some support options. Their OPFOR is also in the works with a company of VC.
While doing research, I've picked up - 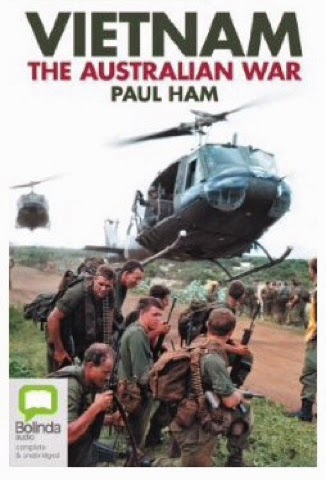 For Kindle. And also found this music album which is excellent! 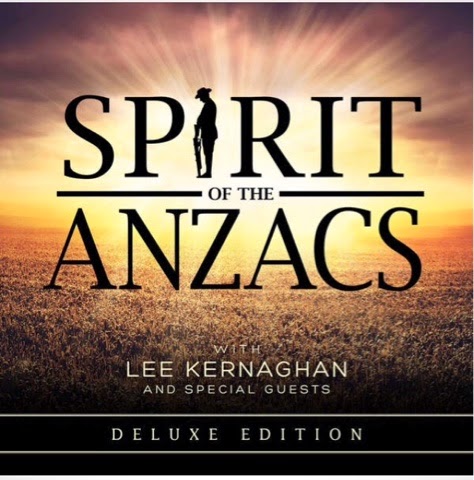 If any of you have any further book recommendations I'd love to hear 'em!
As a U.S. Service Member, I have fond memories of drinking beer with some Aussie and New Zealand Air Force guys. This project is dedicated to all our fallen Allies "Down Under".
Posted by Spiderweb of History at 12:22 PM No comments:

A couple weeks ago, Vampifan over at Vampifan's World of the Undead blog, put up this review Vampifan's Review  of the first book in the "Black Tide Rising" series of books by John Ringo. 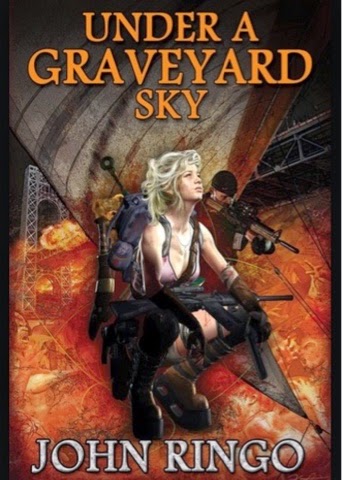 Seeing as how I'm a Zombie Fiction fan and I had several plane rides coming up, I bought the first book, and promptly finished it in about 4.5hrs (according to my Kindle, I read faster than most), I then proceeded to buy all the rest of the books in the series.

In order, the books are -
"Under A Graveyard Sky"
"To Sail A Darkling Sea"
"Islands of Rage and Hope"
"Strands of Sorrow"

So, what'd I think? Well, for entertainment, it's fantastic! The whole series takes a very different approach to a world wide zombie apocalypse, and at least as far as the first three books go, they're good ol' frolicking sea yarns. That's as far as I'm going to go, I don't want to spoil it for you.

The characters grab you very quickly and make you root for them. While I disagree with Mr. Ringo's decision to make two of the main protagonists teenage girls (15 and 13 respectively), they're likable characters and it's interesting watching them grow up in the new apocalyptic world.

I was surprised that there were a lot of life lessons, and also leadership lessons in these books. It was obvious that Mr. Ringo had some good input from military members while writing the parts of the books involving military hardware, mannerisms, ranks, interactions etc. Some of the scenes where a USMC Gunnery Sergeant is ripping into some jr enlisted had me laughing my ass off.

The kindle versions had hardly any typos and I didn't notice any grammatical errors, which is refreshing after struggling through other kindle only zombie fiction.

These are honestly the first books by John Ringo I've ever read, and I will be looking at some of his others based on the quality of the writing.

Bottom line, I HIGHLY recommend these books. A refreshing change of scenery from most Zombie books, great characters, and VERY entertaining! Read 'em!

Final Painted Figures from the 6MMRPC

I know I know, the challenge ended earlier this week. The figures I'm about to post pics of were finished before that date, I've just been bloody busy.
As I've stated, I'm taking a break from Dark Age stuff for a bit, so I present - 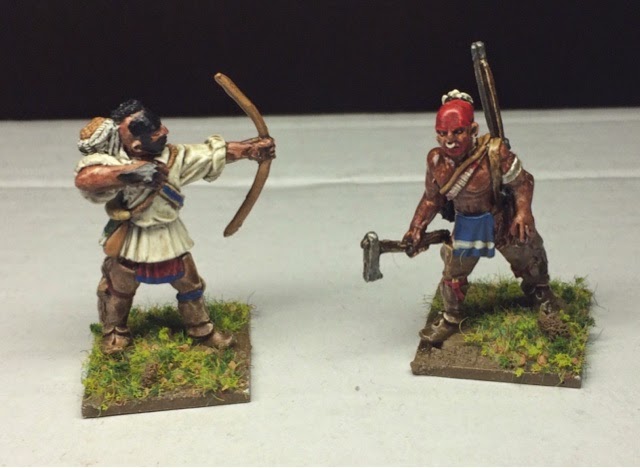 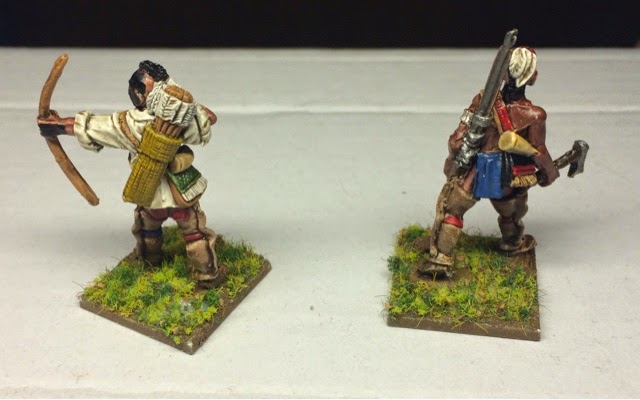 The first two finished Huron warriors for my French & Indian War and AWI project. They are EXTREMELY detailed sculpts, and frankly, I don't think I did them justice. I didn't even attempt to do the beadwork on their pouches or straps. I'm planning on trying to on the next several. I mean hell, I only have another 24 to practice on haha! Oh, the ruleset I'm planning on using is the excellent Muskets & Tomahawks by Studio Tomahawk.
Next up, my first entry into the fantasy genre - 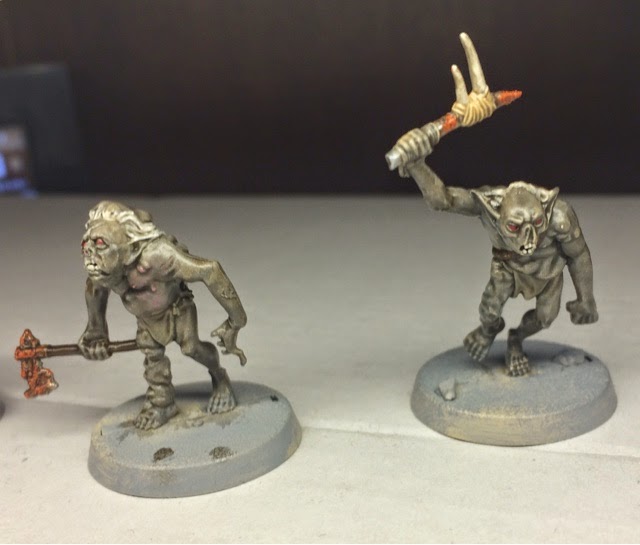 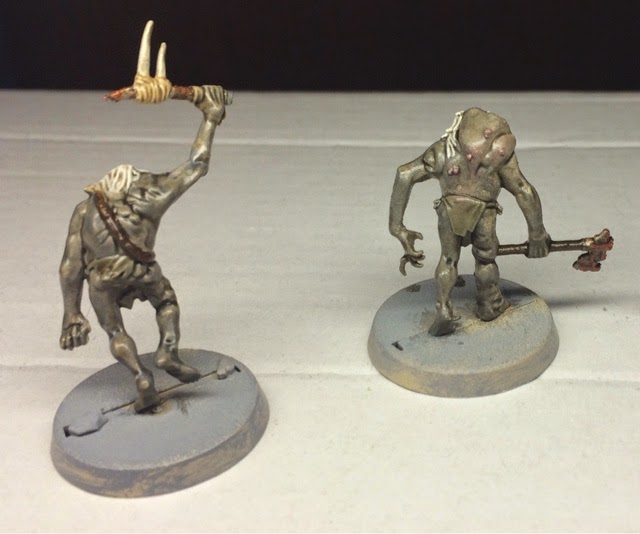 Four Goblins from the GW Goblintown limited edition set. I'm going to not only be using them with the "Lord of the Rings" and "The Hobbit" rules, but also "Songs of Blades and Heroes" and possibly "Open Combat".
I've got a lot of stuff on the workbench (as usual), a book series review to post up, a visit to an art museum to share with y'all, and the Round Up for the 6MMRPC to do. The round up will have to wait til I get home from my military weekend though as I don't have a picture of everything I've finished during the challenge.
Watch this space!
2015 Painted Figures - 32
2015 Finished Terrain - 11
2015 Games - 1
Posted by Spiderweb of History at 8:02 PM 6 comments: