A bit late in the day, but I hope all my readers had a very safe and happy Christmas!!
I was fortunate enough to receive a pile o' wargaming stuff this year - 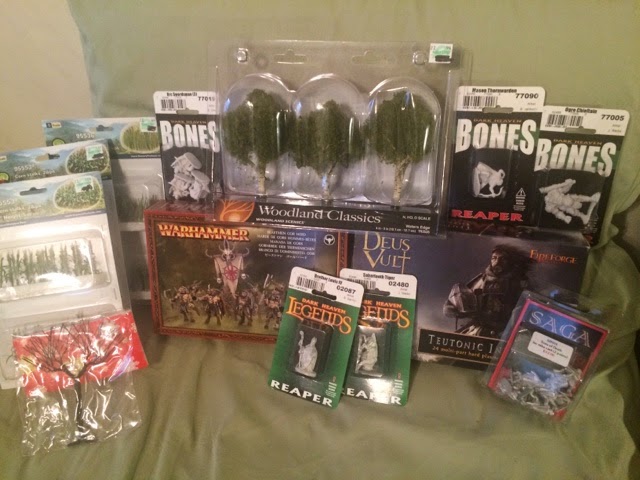 And not pictured is pretty much every piece of Dremel equipment ever made, and a couple more Walking Dead graphic novels!
Now! On to New Years!
Posted by Spiderweb of History at 6:39 PM 5 comments:

Email ThisBlogThis!Share to TwitterShare to FacebookShare to Pinterest
Labels: Loot

It's been an extremely slow month for me. I've been putting a ton of hours in at work, and prepping for the holidays isn't helping either. So to those of you in the challenge, I apologize - I haven't been keeping up with the post a week rule/guideline etc. I'll attempt to do better.
Now, I have completed a couple of things. The main thing being the Across the Dead Earth starter Gang - The Red Claw -

That's the first half of the gang. The second half is moving in on the other thing I've finished, a wrecked pickup truck/objective marker/loot counter hiding spot - 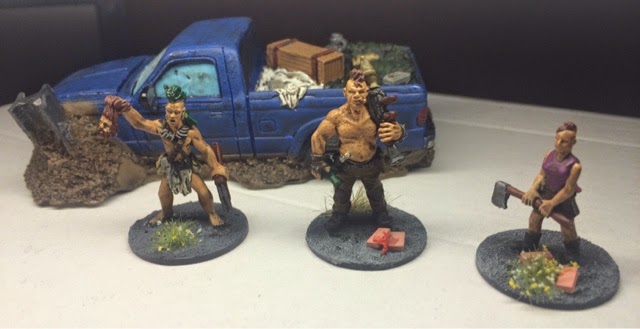 Had a lot of fun painting these figures up, and after about an hour of cleaning up resin flash, the truck was as well.
My plan is to use The Red Claw gang as a Scottish gang reminiscent of the likes of the movie "Doomsday"...which may lead to me painting up the "Crimson" figure to represent Rhona Mitra's character - thanks to Michael Awdry for correcting me on the actress. 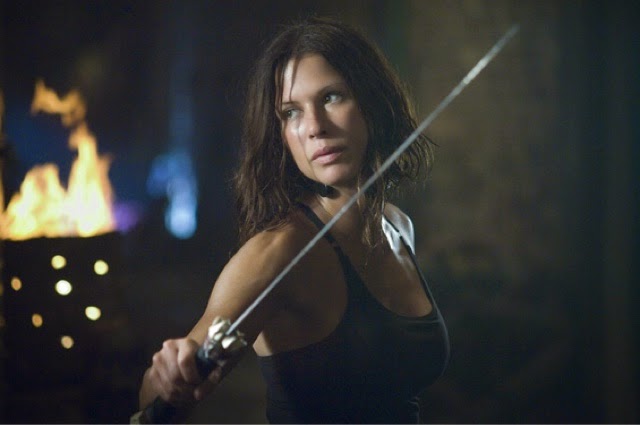 Hmmmmmm...
Posted by Spiderweb of History at 6:58 PM 8 comments: