More Terrain Progress and an Update -

Past couple weeks have been busy with various things, mostly yard/garden work and continuing on with preparation for the TooFatLardies games day at Recruits Gaming Convention. Nothing finished for that as of this writing but I have finished some other stuff detailed below - 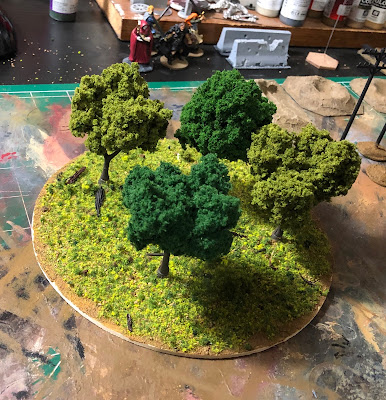 Next we have a couple generic shell craters and a emplacement.  These are OLD vacu-formed plastic from "probably" the late '70s early 80's.  I added bases, basing paste to add texture and then painted and flocked them.  They'll work for any period to be honest. Scale wise I think they'll do for 15mm and 20mm. 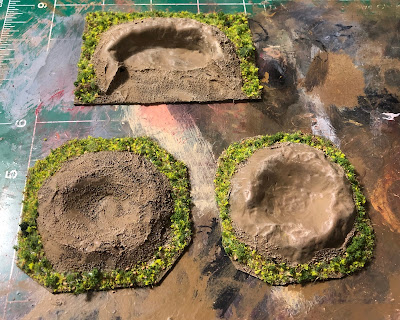 Next is an old Micro Machine prepainted German Fokker from WW1.  It scales "ok" for 6mm so I based it up to add to my 6mm WW1 collection. 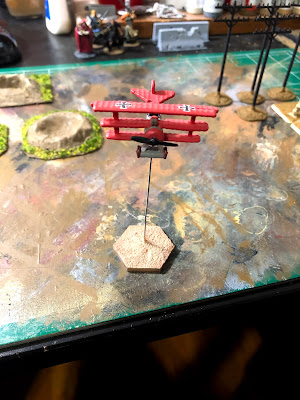 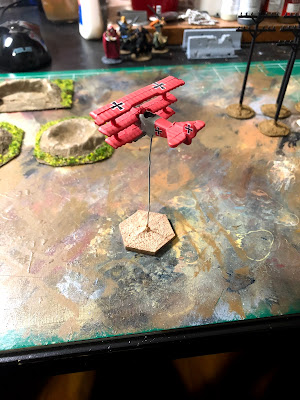 Here we see four HO scale telegraph poles that will serve for 15mm and 20mm gaming. I have more, but these are the only ones done. 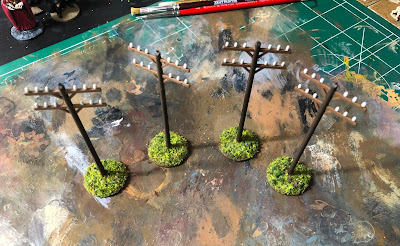 Then we have what I assume is an old HO scale horse barn/stable. No idea where it came from as it was in a grab box of old model railroad stuff I saw at a garage sale for like $0.10 apiece.  Based and Painted it, added a WW2 German Poster and bobs your uncle. 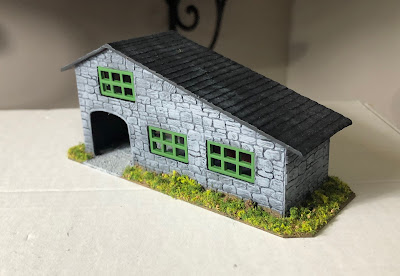 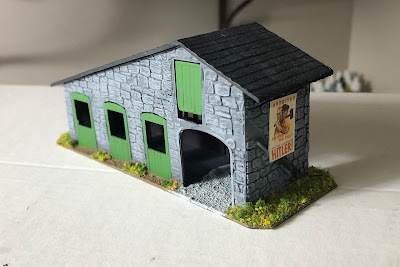 Next up is a 15mm European pig sty.  This is part of the "Russian Village" set from I believe Blotz or Minibits.  Went together super easy and painted up well. Yes the joint points on the roof annoy me but I couldn't be bothered to do something about them. May go back and fix it some day.  The pig is from an unknown manufacturer. 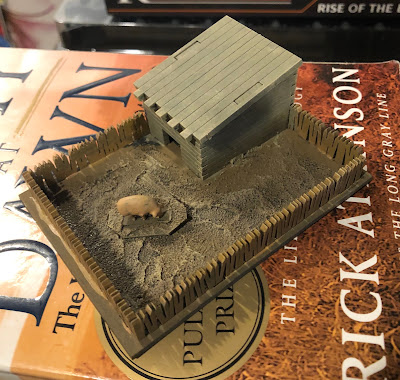 So that's all the painting/modeling done in the last couple weeks.  I received my latest TooFatLardies order of Dice and Blitzkrieg 1940 for Chain of Command. Richard kindly threw in a TFL bottle opener which I must admit has already seen action and may I say, won. 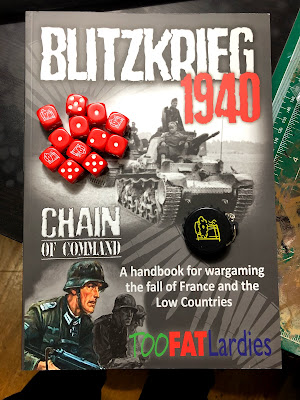 Also had a rummage through my Dads "To Get Rid of Pile" and added a nice selection of books to my collection.  Tons of inspirational history here - 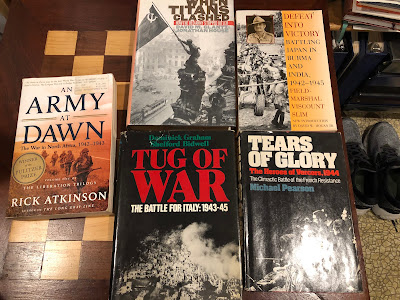 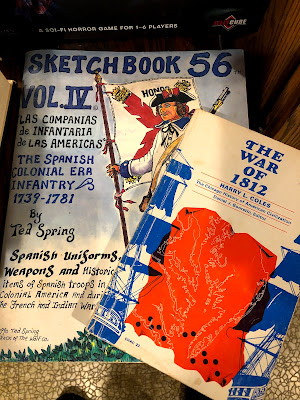 Sadly, I did not get any pictures of the game of Chain of Command played a couple nights ago, but suffice it to say, my Soviets got their asses whipped.