Hello all! Happy New Years to you all...bit late on that, but life's been busy.  Let's start with a quick rundown of last years stats.  Due to the deployment, my numbers for 2016 are way down compared to 2015 but gives me a goal to beat for 2017 -

So the only thing I beat in 2016 was the games played, which to my mind is a positive.
Games Played last year were -
Space Hulk x1
Frostgrave x1
Guildball x2

Now on to the first finished figures of 2017! My first 8 Guildball: Butchers - The KC Slaughterhouse 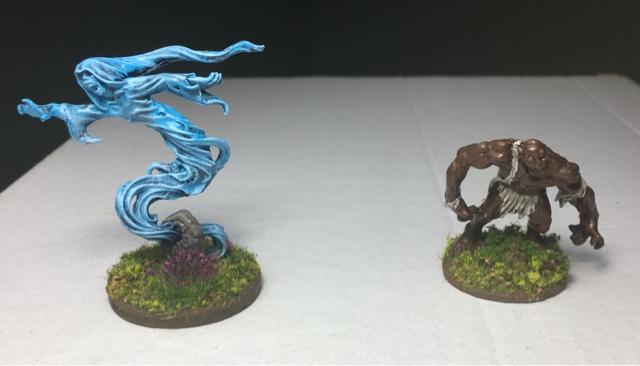 I also finished these two Reaper Bones figures - a Ghost and a Clay Golem.  These two will see combat in many systems such as Frostgrave or SoBH.

Not a bad start to the year I'm thinking!