Well...my 3MMRPC has been rubbish.  I've lacked motivation on the painting front due to a lot of stuff going on in my personal life, and am only now getting back into the swing of things with about 5 days left to go... 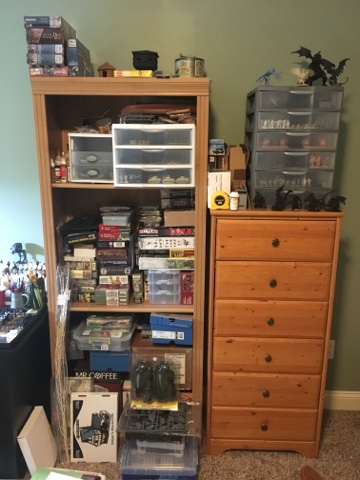 So, I sat down in one of the brief downtime periods at work last week, to do some planning.  I now have a regular gaming buddy who will play any game, but will only collect and paint Fantasy and Sci-Fi figures so if I want to play historical games, I'll still have to paint both forces.

That being said, I now have extra motivation to get things done as we both want to play more often.  I have a horrible habit of starting a project, and then getting distracted by something else and then not finishing anything.  So I made a list of current on the go projects and prioritized them -

2. Warhammer 30k/40k - yes, I've gotten sucked into this bloody money pit.  That being said, we're still not 100% sure we're going to be using the 40k rules(gasp).  Looking at several rules options and just carting along the fluff which is - lets be honest - pretty fecking cool.

3. Chain of Command - 15mm Germans, Soviets, and Americans. Really keen to get this going as my Dad is a huge WW2 buff and is looking forward to it.  Already have the Soviet infantry platoon finished.

4. Post Apocalyptic - 28mm using either Across the Dead Earth or This Is Not A Test or both.

5. Zombie Apocalypse - 28mm campaign which I already have loads of figures painted for, but lets again be honest...you can never have enough zombies.

6. Muskets & Tomahawks - This is also a major interest of my Dad and we've enjoyed the few games we've played with half painted or unpainted figures. Planning on using it for both FIW and AWI.

7. 6mm American Civil War - This project was on hold for the longest time due to me not having found a ruleset that I liked...I then heard a review of "Alter of Freedom" on Meeples and Miniatures and bought a pdf copy and yep, they were exactly what I was looking for...now to just paint the two thousand 6mm figures I have.

10. Dead Man's Hand - I have one posse already painted, if I can get the 2nd one done we can finally get a game in!

11. SAGA/Dux Brit - I have fully painted 6pt forces for SAGA Vikings and Anglo-Danes, but have Welsh to get done, and am looking to add the forces needed to start running a Dux Brit campaign.

13. Ministry of the Occult and Paranormal (MOP) Project

14. 28mm Pirates - I got back from my deployment and for some weird reason I wanted to paint pirates...ordered something like 60+ from Foundry and haven't painted a damn one.

15. Frostgrave/Mordheim - have a painted sigilist warband and am playing around with some ideas for a narrative campaign.

16. 1/72 Ancients - Using "Sword & Spear" I have forces for the Punic Wars and the Roman Conquest of Britain and Gaul.

19. The HUGE amount of boardgame figures that will be used for many many things.

The plan is to take the list and go down it working on one segment of a project at a time, in order from top to bottom and maybe actually FINISH something.  My next post will be the start of just that with content about Guildball.  Speaking of which - 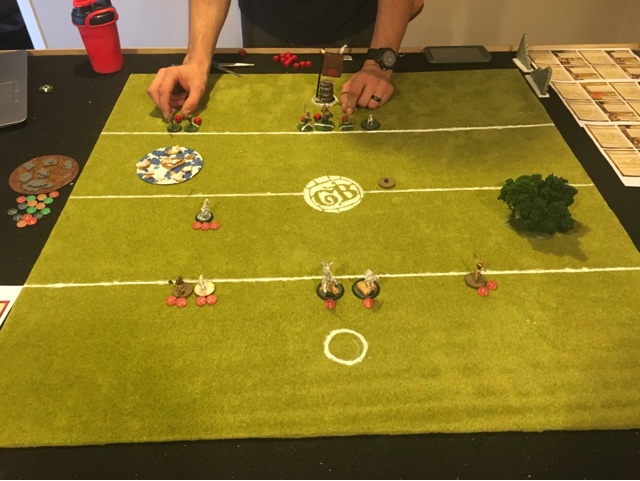 A pic of a match I played 2 days ago.  My half painted Butchers vs Brewers.

Stand by for more updates SOON!
Posted by Spiderweb of History at 1:10 AM 4 comments: