Four years and two days ago, I posted the 2nd post about ANZAC's in Vietnam in which I had finished a Company Command base and Medic and stated, "My goal is to get the rest of the platoon painted by the end of April." https://historyspiderweb.blogspot.com/2015/04/anzac-in-vietnam-2.html FOUR years ago. HA. Well, I've finished the 1st Platoon finally - 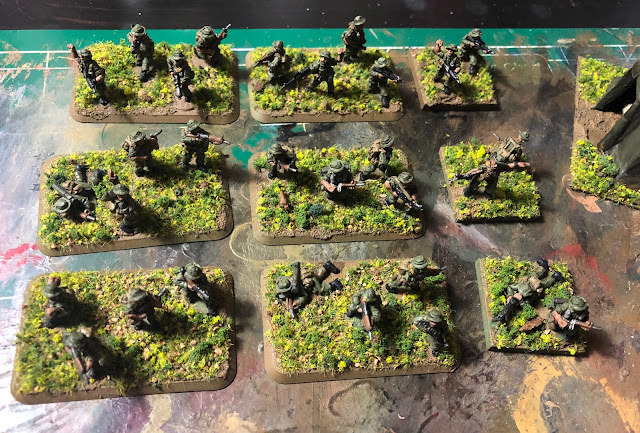 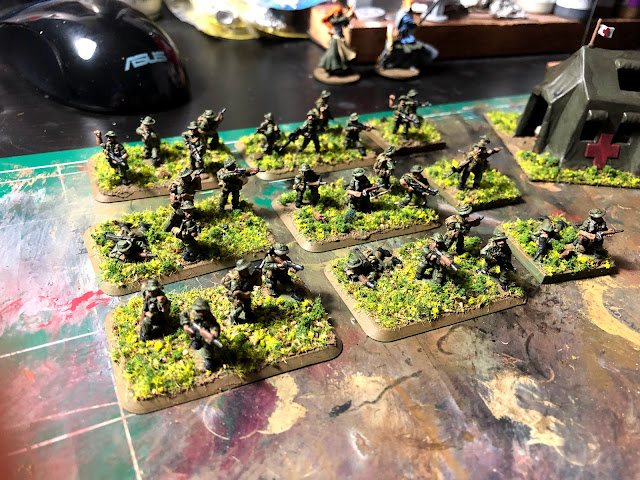 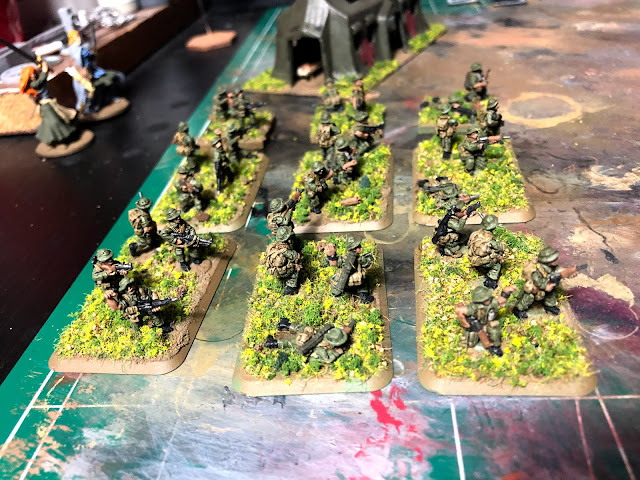 I'm pretty focused on this project now, because in September I will be running a "Charlie Don't Surf" game at the Recruits Gaming Convention in Lee Summit, Missouri. It will be my submission for our "Lard Summit" a collection of gamers running and introducing people to TooFatLardies rules and #spreadthelard spearheaded by Jay Arnold of the Veteran Wargamer Podcast.

Another positive to having this focus is that it means that HOPEFULLY, by September, I will have the components I need finally done and dusted for the beginning of my Tour of Duty campaign I want to do. Basically, following the men of a Company of Australian troops through their tour in Vietnam.  Believe me, there will be many more updates as I work on this project, and they damn well won't be four years from now.

Another item finished for this (and other) project(s) is this M.A.S.H tent. 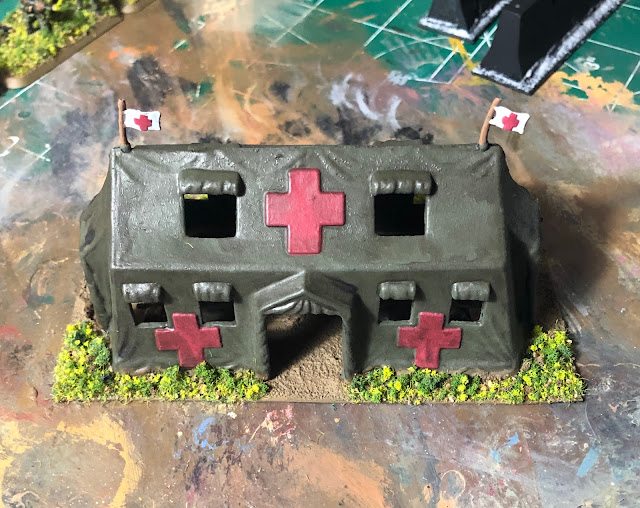 Stand by for further!

Back end of last year, I messaged Rosa from Crazy Cat Studios to see about commissioning her to paint up three rather intimidatingly beyond my comfort level minis from Zombicide:Black Plague.  The pricing was very fair, shipping to Norway wasn't too bad at all and so, I mailed them off.  I'll be honest, I (as a slow painter) did not expect them back very soon.  They were back in LESS THAN A MONTH!!! And as you'll see, she did a FANTASTIC job.  In fact, I don't think my basing did them justice so may have to go back and add more. You can find her on Twitter https://twitter.com/rosadogg or on Instagram CrazyCatStudio. If you need some figures painted, I highly suggest contacting her! 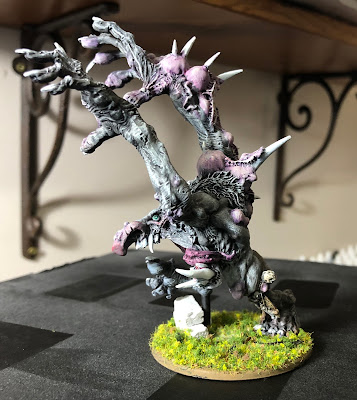 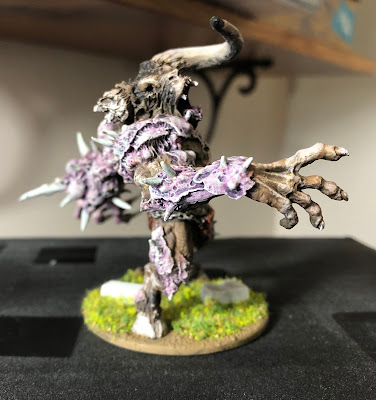 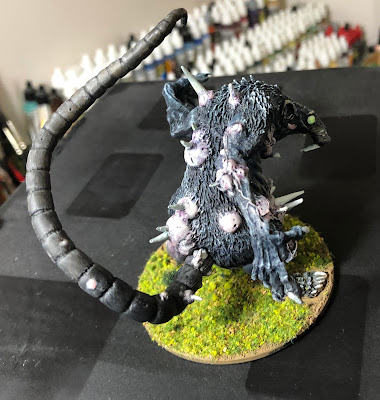 Posted by Spiderweb of History at 8:36 PM 2 comments: