It has been radio silent for a little bit, but for good reason. I've been working away at my 15mm German infantry platoon for "Chain of Command" and finally got them done!  Now, I must have miscounted when I was assembling this platoon as I'm short about 6 riflemen, but this seems rather true to form for the German army circa late 1943-45 so, I'm just going to use it as an under strength platoon until I find suitable figures to round them out. 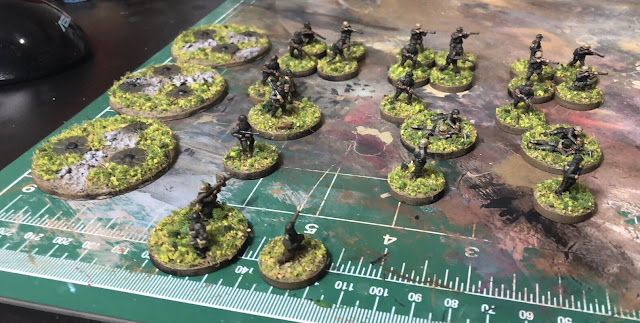 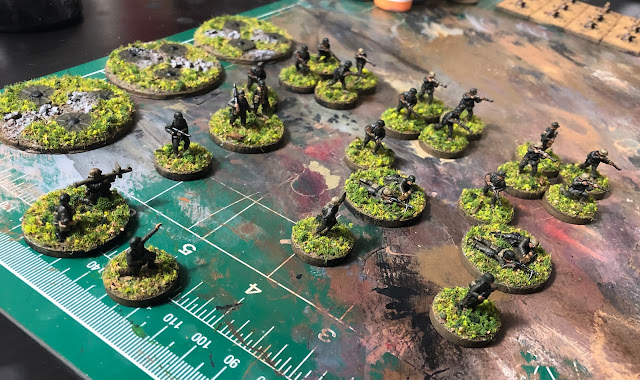 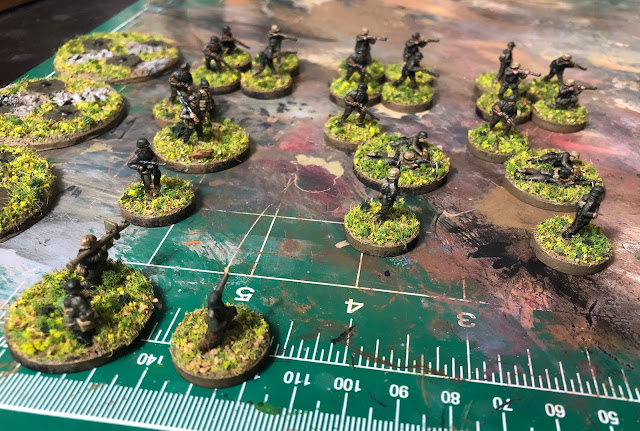 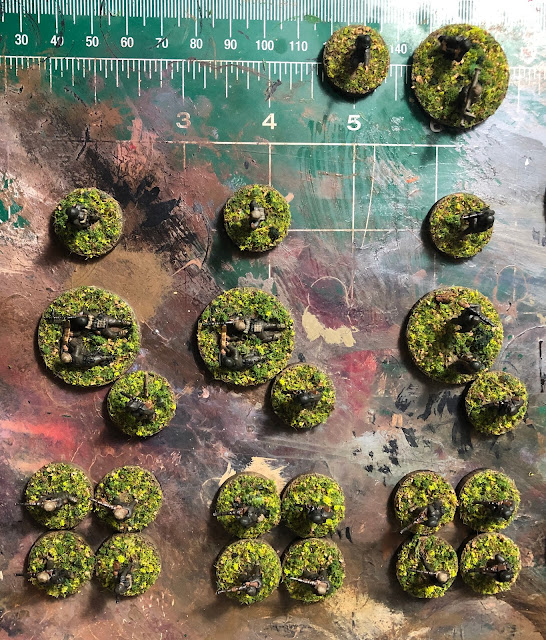 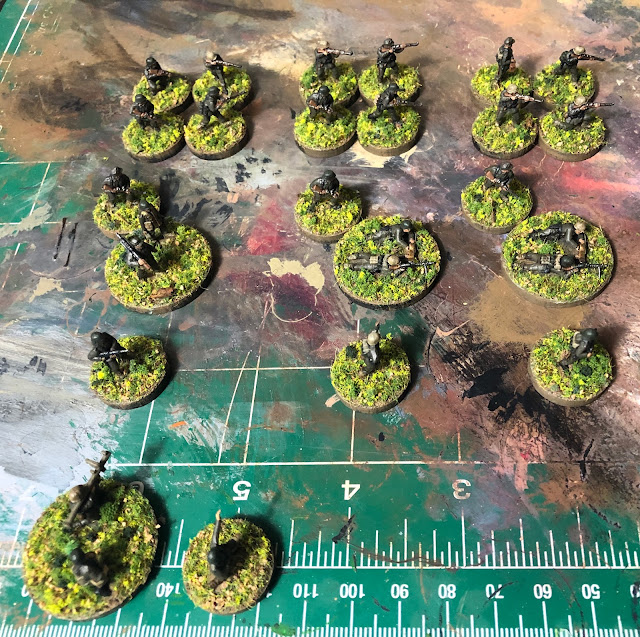 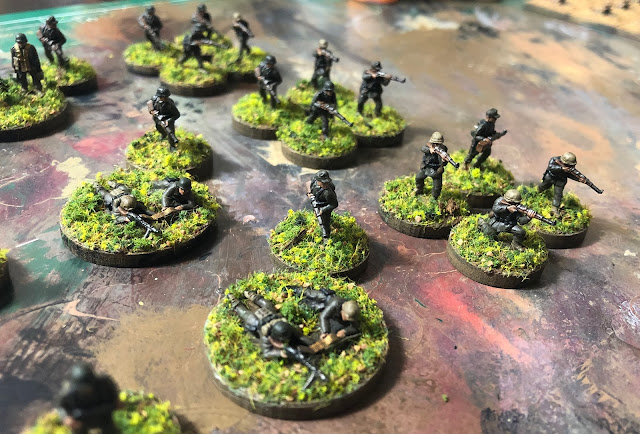 These are all Plastic Soldier Company Late War German plastics, and while they painted up nice enough, they're a tad spindly and a pain to put together.  The Panzerschrek team is from the PSC Heavy Weapons box, and they seem "chunky'er" so I wonder if PSC is maybe adjusting they're ranges to more fit in with the likes of Battlefront?  I'm quite happy with this base platoon, and am looking forward to extending my WW2 collection further in 15mm and also in 20mm.

I've also finished these three scatter bases of mines.  They're 28mm and were super easy to paint. 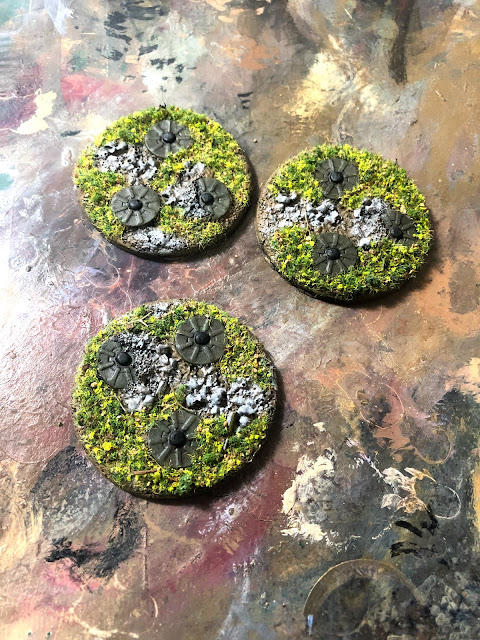 Rather productive couple of weeks.  Now on to painting these - 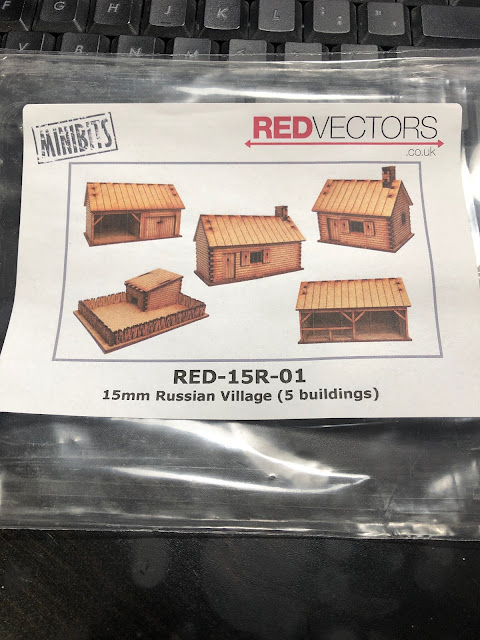 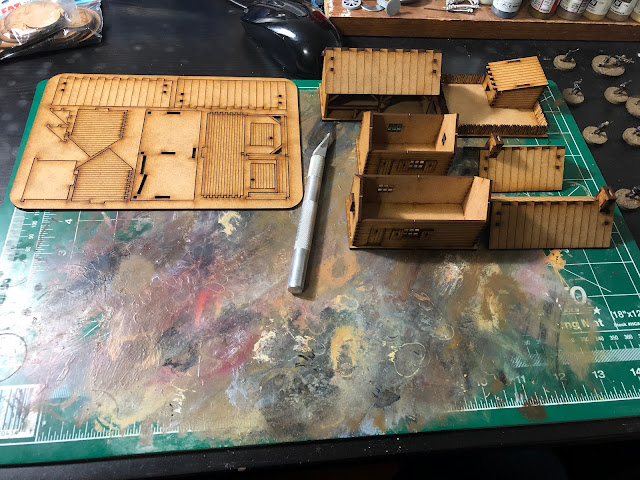 Absolutely awesome kits from Red Vectors. Very simple and quick to put together.

Oh, and I also had a Lord of the Rings themed game of "Song of Blades and Heroes" with a wargaming newbie/friend that was a lot of fun and was very well received by said friend! 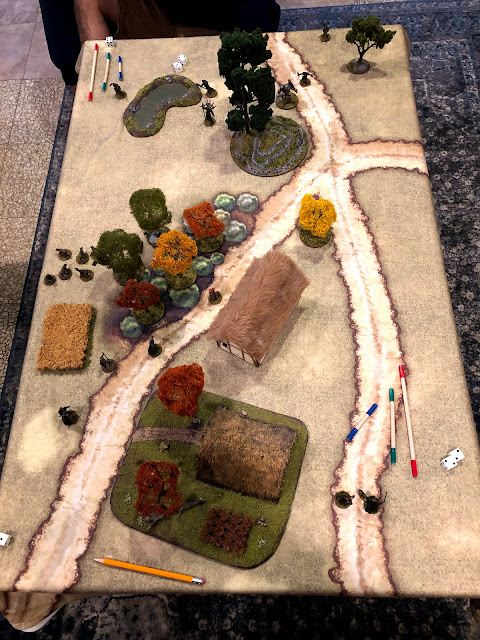 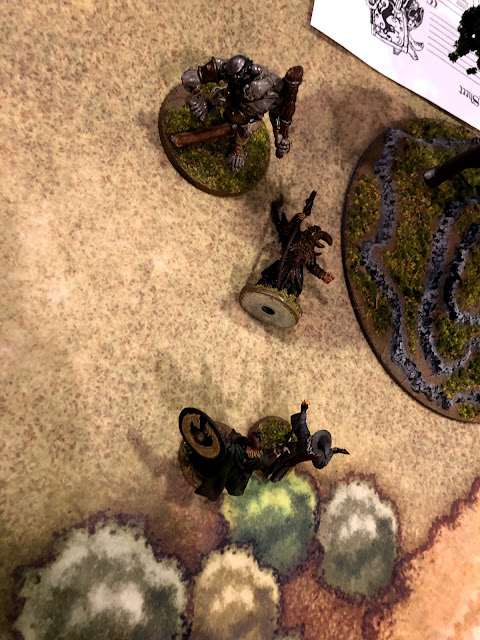 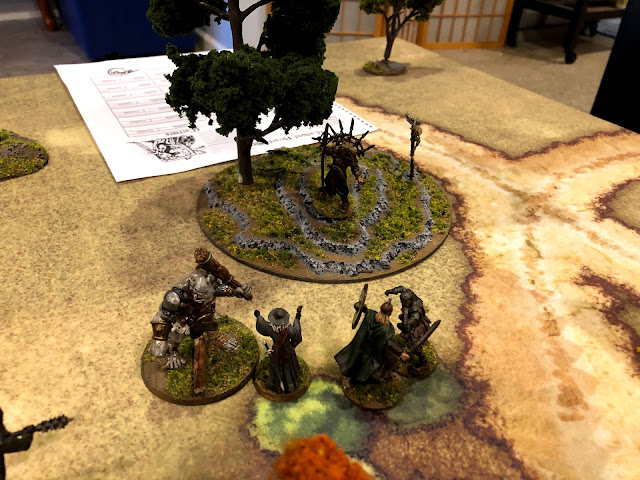