Introduced a friend of mine to SAGA the other day, didn't take many pictures and this is no official battle report or AAR but figured I'd share - 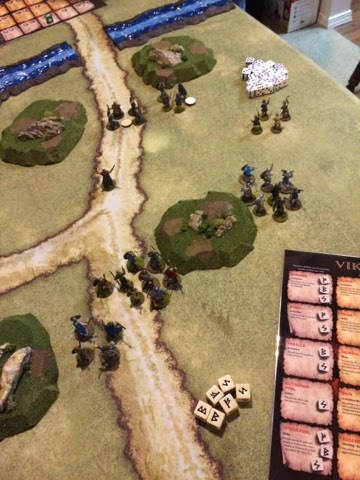 My Vikings making a run for the ford...they didn't make it before the dastardly Anglo-Danes blocked it. 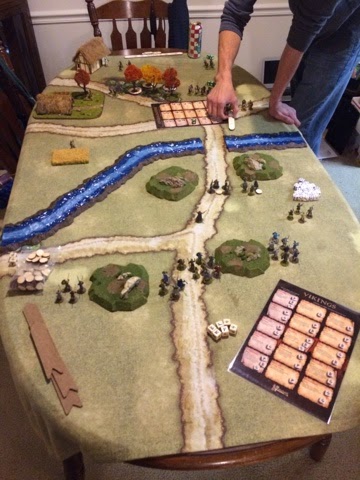 My worthy opponent got the rules very quickly. 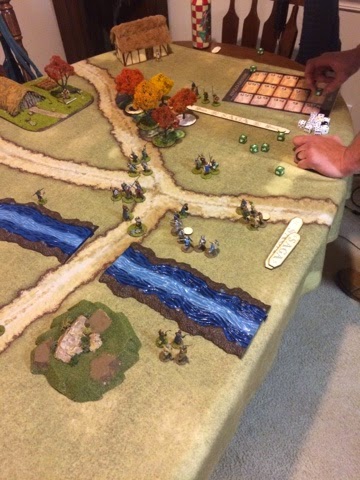 Right before Mr. T snatched a victory out of the mouth of defeat. I smelled blood in the water, went for the kill with my warlord and had the shittiest dice rolling ever, and lost as my warlord died.
For those interested, my gaming mat is a 6'x4' Grassland w/roads mat from http://cigarboxbattlestore.bigcartel.com they are fantastic products, highly recommended.
2015 Painted Figures - 26
2015 Finished Terrain - 11
2015 Miniatures Games - 1
Posted by Spiderweb of History at 8:37 AM 7 comments:

Final Vikings for awhile and some terrain bits!

So, today is an off work day, and since I'm not feeling well, I threw some laundry in the wash, started the dishwasher, and settled in to do some hobby stuff.

There's all five together. 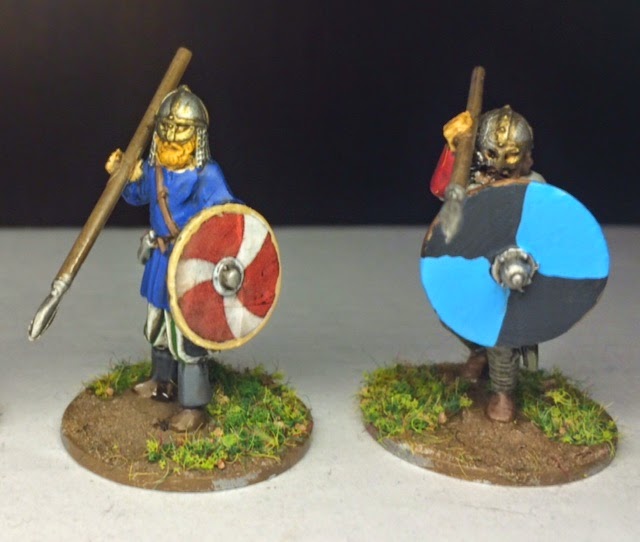 The sculpt on the left is awesome, the one on the right was massively covered in flash. 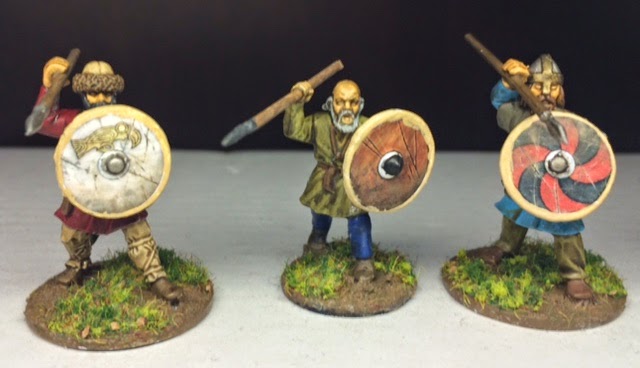 The bald dude in the center is the leader of my generic Javelin armed Levy.

I really need to get a camera.  The phone just doesn't do any of these figures justice.  Maybe when the finances permit!

Next up are these terrain bits and pieces.  I've been wanting to get a bunch of terrain done, and where possible I want it to be multi-genre/period, I think I've succeeded with at least a few of these. 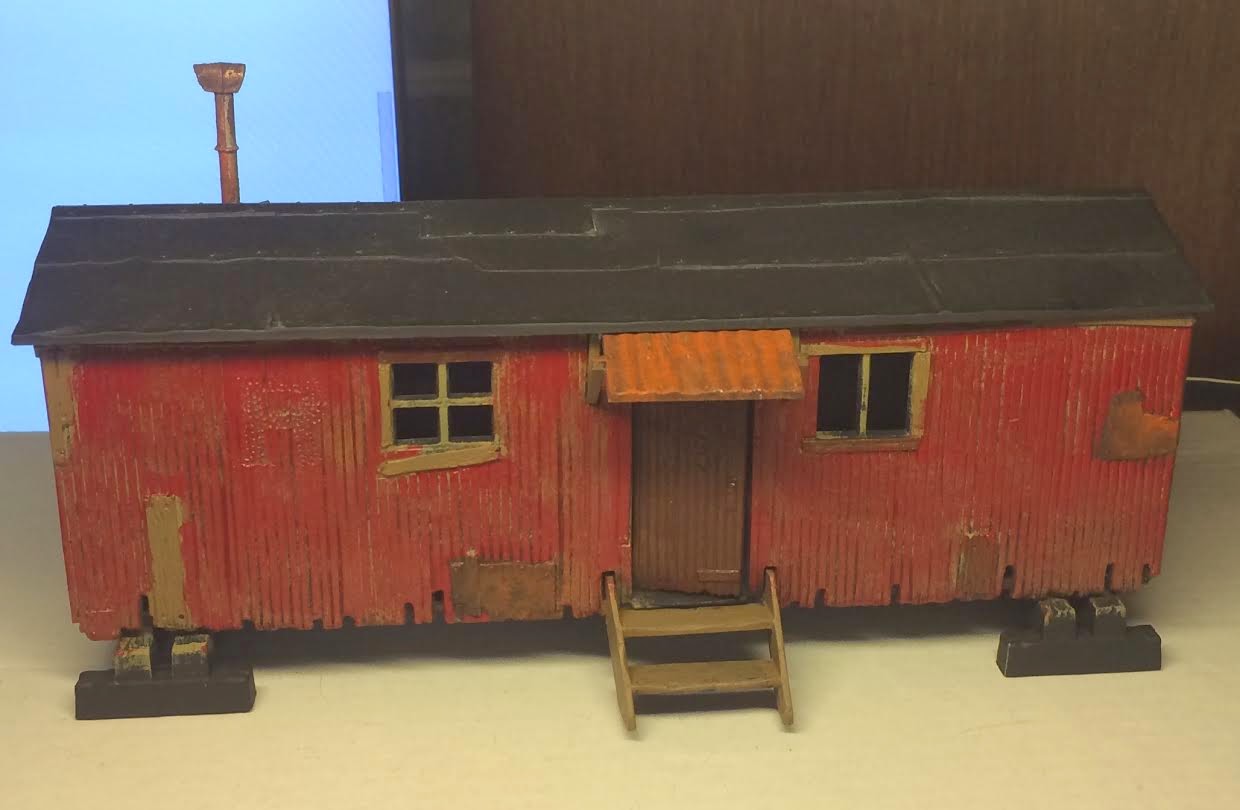 This is a model railroad kit I picked up at a thrift store and works decently well scale wise with 28mm figures.  I assembled, and painted it, and I swear it looks way better in person. 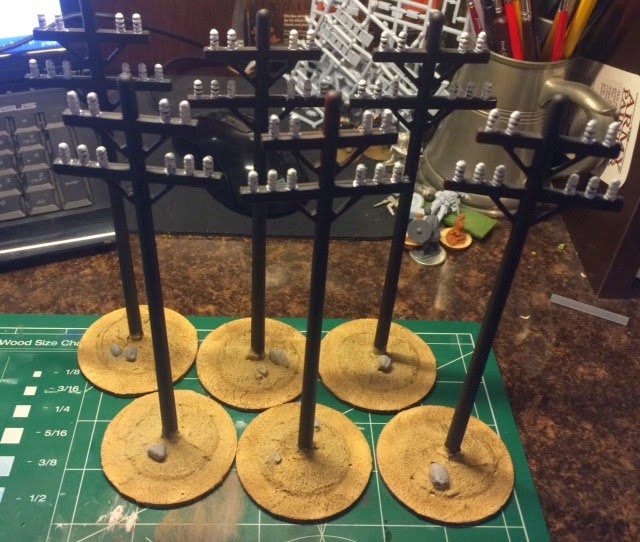 More tree bases.  I plan on making some area bases for these to fit into at some point.

Not a bad days work, and I'm still cracking on...this is just what I've gotten finished so far.

Posted by Spiderweb of History at 3:18 PM 8 comments:

So, back in January, I entered a competition on The Across the Dead Earth Facebook page to build a post-apocalyptic terrain piece. Finished entries had to be submitted by 06Feb.

The rules were - CD sized base, and minimal purchased components. Mostly scratchbuilt.

So, I built a post-apocalyptic Swingset. 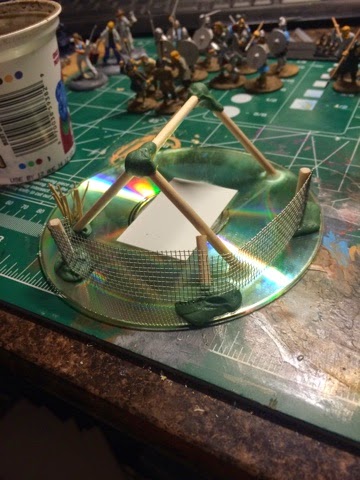 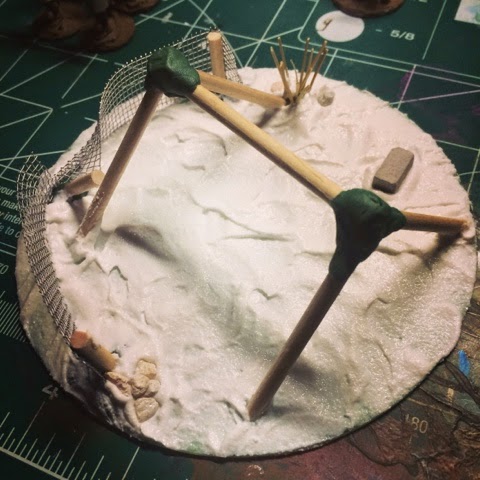 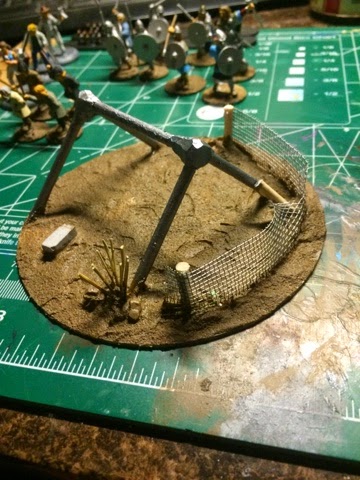 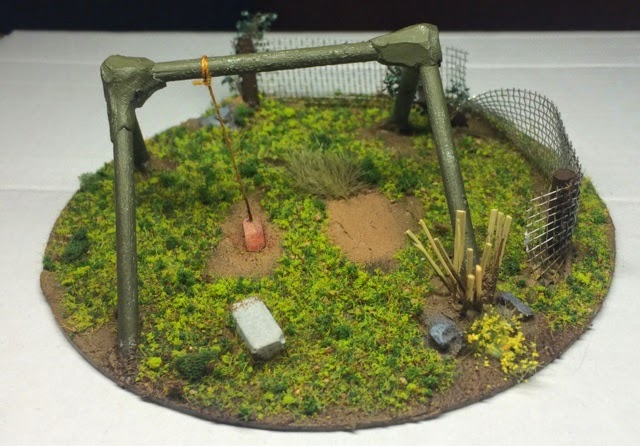 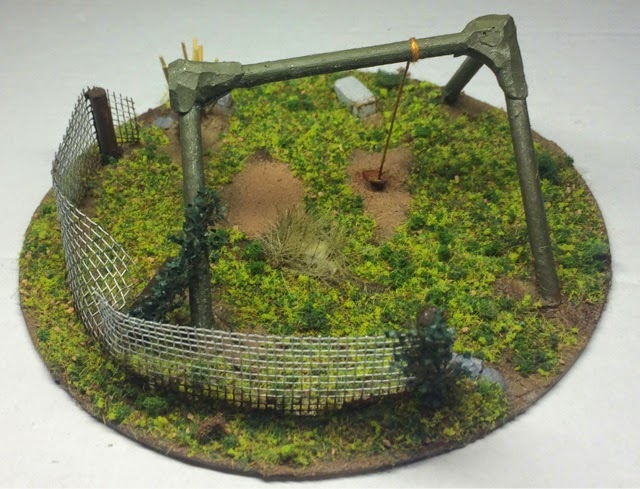 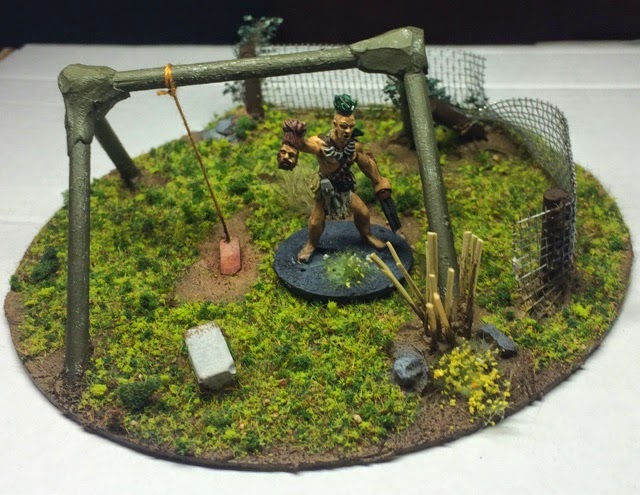 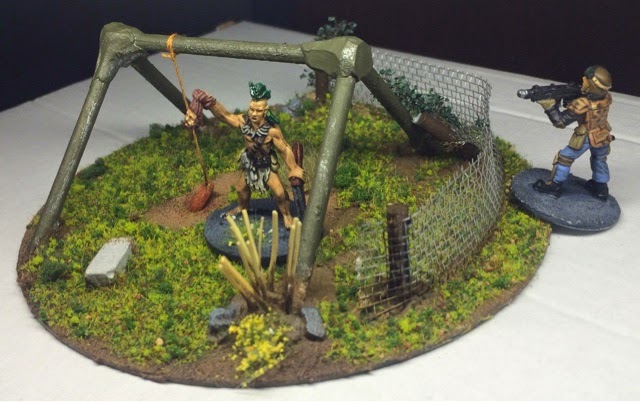 Pleased to say, I tied for 3rd place in the competition!

Well, I've been awfully quiet lately, and I think I've figured out why. It's taken me almost a month to finish these -

Generic javelin armed levy, and these -

Generic sling armed levy. To be honest, while I love dark age gaming and the figures...I'm tired of painting Dark Ages. Basically for the last 5 months, with a slight break for Zombtober, I've been painting dark age figures non stop.

So, it's time for a change. I've cleared my workbench, and am going to be tackling other genres, periods, and scales...starting with some bits and bobs I need to finish off to finally get a game of Across the Dead Earth, and a few things for a try out of Ambush Z from Ambush Alley. Along that train of thought, I painted up this gentleman - 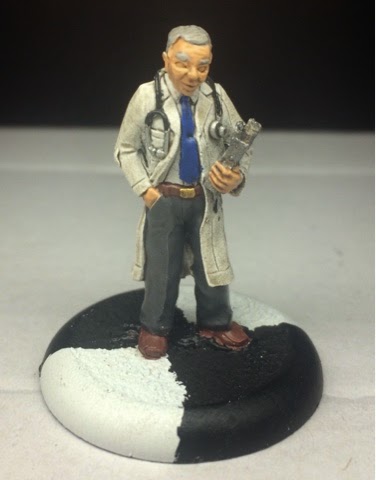 A Reaper Doctor. The final needed miniature to try out the first scenario in Ambush Z. Now, to focus on finishing the 2'x2' terrain board so I can give it a go!

Posted by Spiderweb of History at 7:07 PM 4 comments: